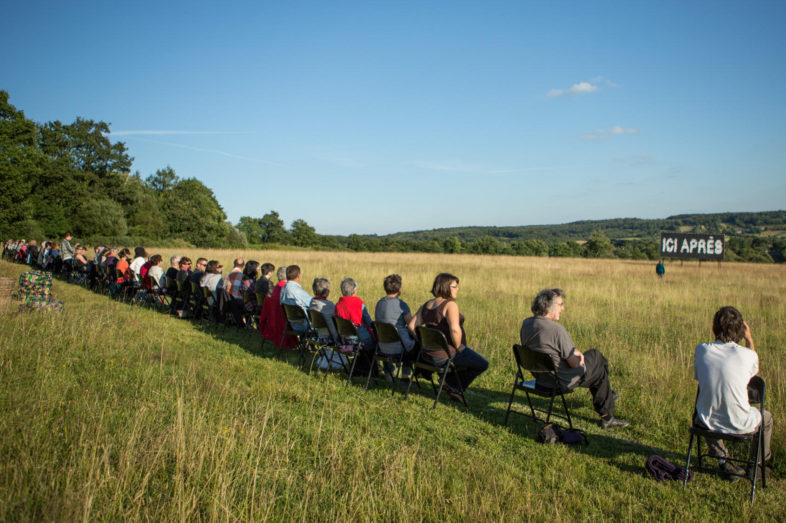 The third module of the MOOC will focus on scenographyScenography is defined in terms of functions, i.e. creating the stage area, which consists of defining and visually or symbolically marking out a stage for the action to be played out. This concept is presented in detail in Lesson 2 of Week 3. Back glossary in public spaceThe concept of public space carries multiple meanings and has been extensively discussed in social science over the past fifty years. It first appeared in the field of political and communicative philosophy in the work of Jürgen Habermas, initially referring to the place of expression and confrontation of private opinions, as a synonym of the public sphere. The term was then borrowed by geographers to refer to open or closed, publicly or privately-owned physical spaces that were accessible to the general public. It is used in the arts in its broadest possible meaning, including both the spatial and communication dimensions. Back glossary, which involves the artist choosing, defining and arranging the stage area, which is not pre-defined. This section is split into three chapters: