Module 4
the place of audiences 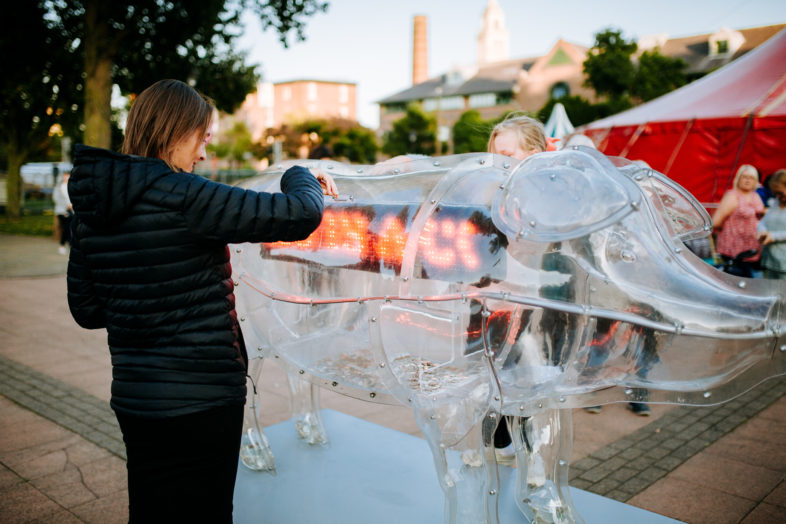 Welcome to the fourth and final week of the MOOC, written in collaboration with author Anne Gonon.

This module of the MOOC is dedicated to the relationship with audiences.
As we have seen, the stage does not pre-exist before the artistic expression and it is up to the artist to define its outline and forms. In the same way, the relationship with audiences is not a given and can be developed in many different ways. It is up to the artist to define the point and way in which an encounter is created between the work and the audience.
This challenge is at the heart of writing for public spaceThe concept of public space carries multiple meanings and has been extensively discussed in social science over the past fifty years. It first appeared in the field of political and communicative philosophy in the work of Jürgen Habermas, initially referring to the place of expression and confrontation of private opinions, as a synonym of the public sphere. The term was then borrowed by geographers to refer to open or closed, publicly or privately-owned physical spaces that were accessible to the general public. It is used in the arts in its broadest possible meaning, including both the spatial and communication dimensions. Back glossary and is a central component of the artistic work